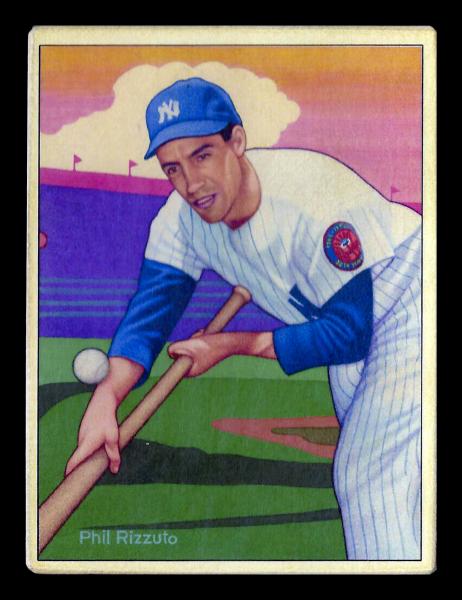 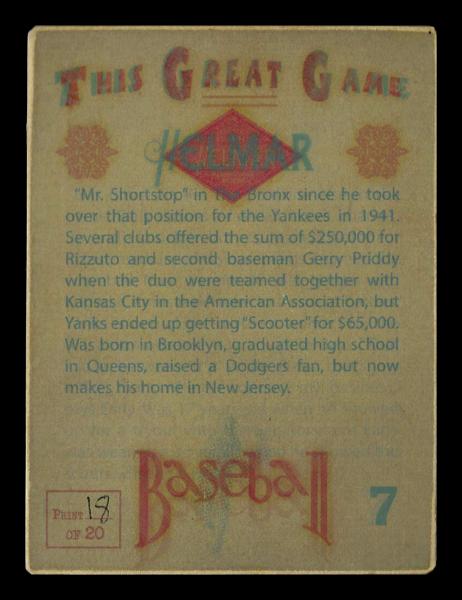 This series marks a step in a new direction for Helmar. For the first time we take a serious look at baseball in the 1950's and then, perhaps, the 1960's. The game found itself changing dramatically in this post WWII era, influenced by both the larger society and technological innovation. The color barrier may have been officially broken in 1947 but the acceptance of black players by the big league clubs came slowly, if surely. Reliable and inexpensive air transportation paved the way for geographic expansion. The game, which had been centered in the East and Midwest, found new opportunities along the West Coast.

The very center of the baseball world through the decade was New York City. New York teams competed in every World Series through the decade except for 1959. In many of those years both teams competing were from the city. Interestingly, New York also became the center of the art world at the same time. Migration after WWII brought many creatives to the Big Apple and movements such as abstract, modernism, surrealism and avant-garde.

Studying the era has inspired Helmar to use bold, often surreal colors in this series. We hope that you will join us as we explore this era of change.